By Erapoetblog (self media writer) | 2 months ago

Zimbabwean police have launched a manhunt for some criminals who disarmed police officers and cart away gold bars worth more than 661,000 dollars. Zimbabwean police said that they have launched investigations into the armed robbery case which occurred in the morning at the 21 km peg along the southerly Bulawayo-How Mine Road when 13 robbers using three cars pounced on a cash-in-transit vehicle, stealing 11.9 kg of gold worth US$661 000. They are also pleading with the people to assist with the police with any relevant information that could help to arrest the hoodlums and bring them to book. Furthermore, Police earlier said:

"The ZRP is investigating an armed robbery case which occurred at the 21 km peg along Bulawayo-How Mine Road on 04/10/2022 at around 0730 hours. The incident is said to be highly coordinated, and the robbers came prepared, and were armed with sophisticated weapons which they used to carry out their heinous crimes. 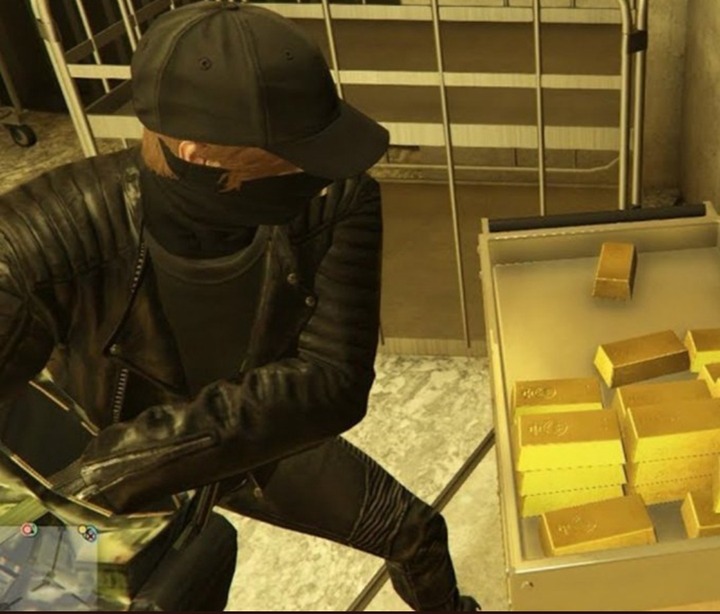 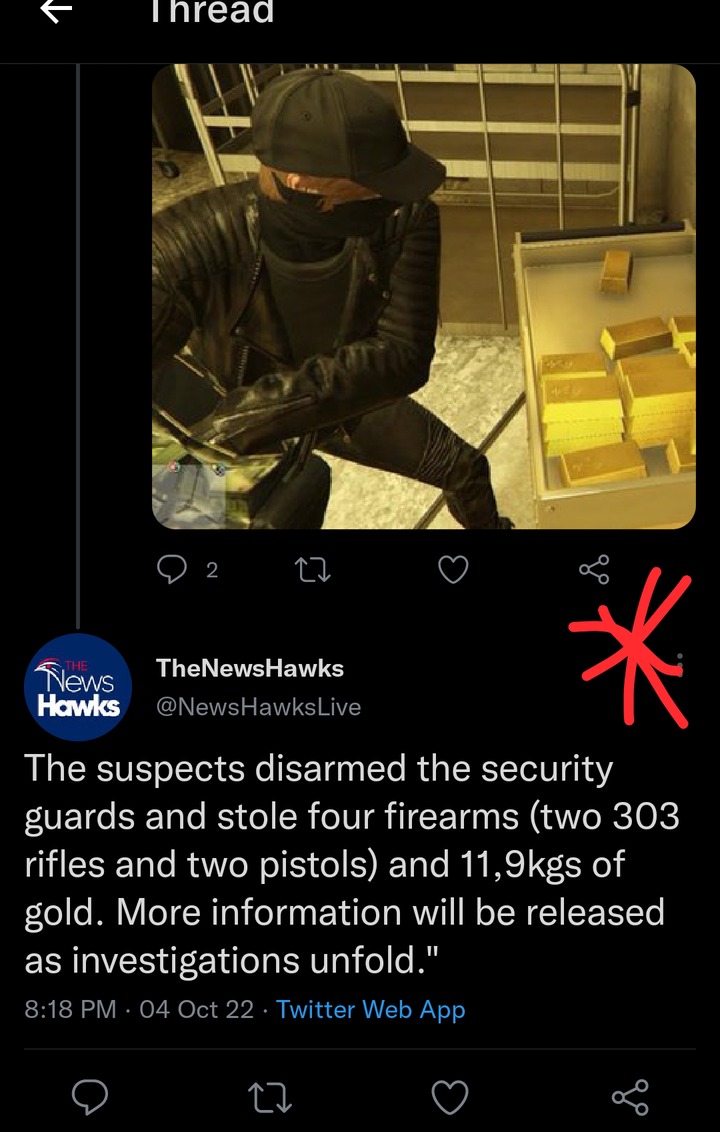 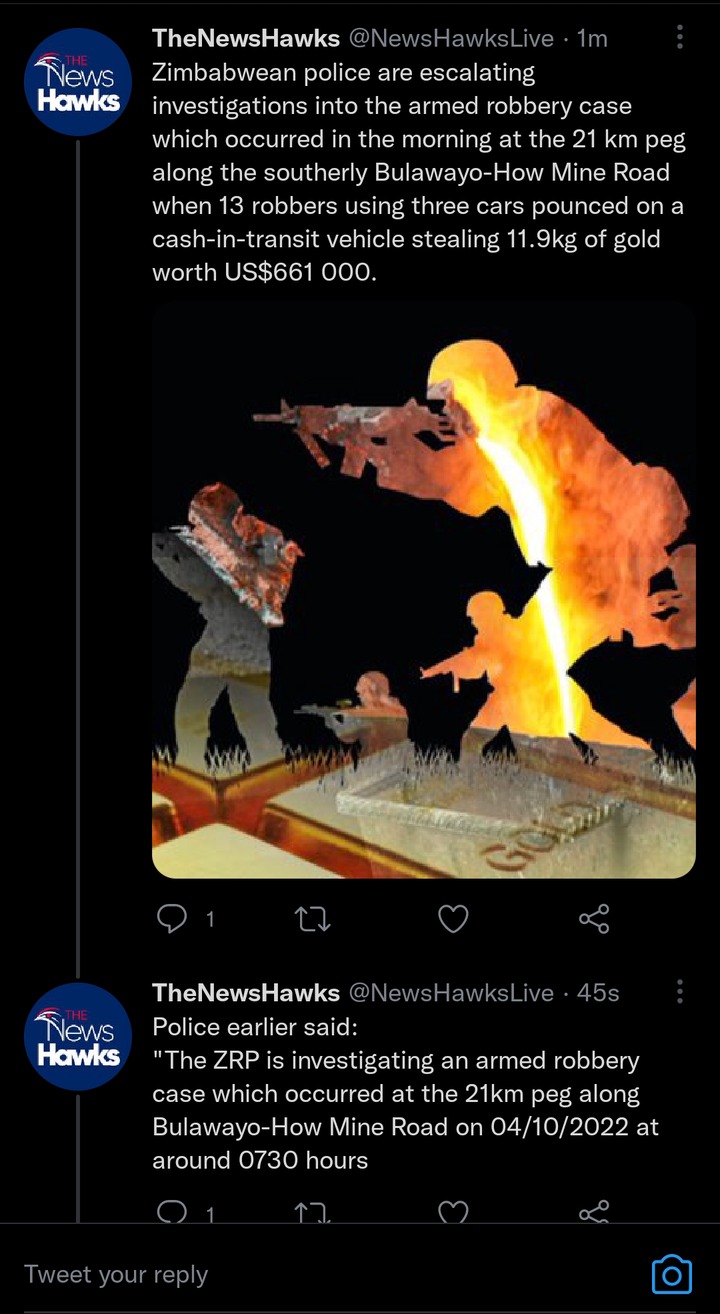 The NewsHawksLive reported that, “A security company which was conducting cash in transit involving gold from How Mine was attacked by thirteen criminals who were using three cars, a Nissan NP300 registration number HR30XJGP, Toyota Hilux GD6, and a Nissan March”. Similarly, in South Africa, another Zimbabwean Syndicate was arrested by the Hawks for engaging in illegal business involving illegal trading of precious metals, precious stones and other things. Exotic cars were recovered from the Syndicates, and the Culprits were rounded up by the Hawks, who moved them away for interrogation. Nevertheless, this particular crime syndicate which operate in Zimbabwe were said to have “disarmed the security guards who were escorting the vehicle and stole four firearms (two 303 rifles and two pistols) and 11,9kgs of gold. More information will be released as investigations unfold.” The Zimbabwean police hopes to find and arrest the Culprits in no distant time. 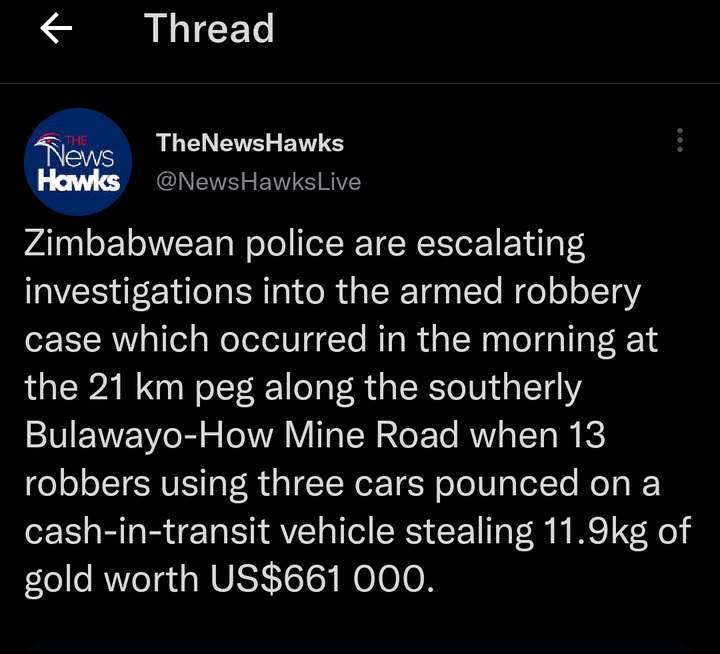 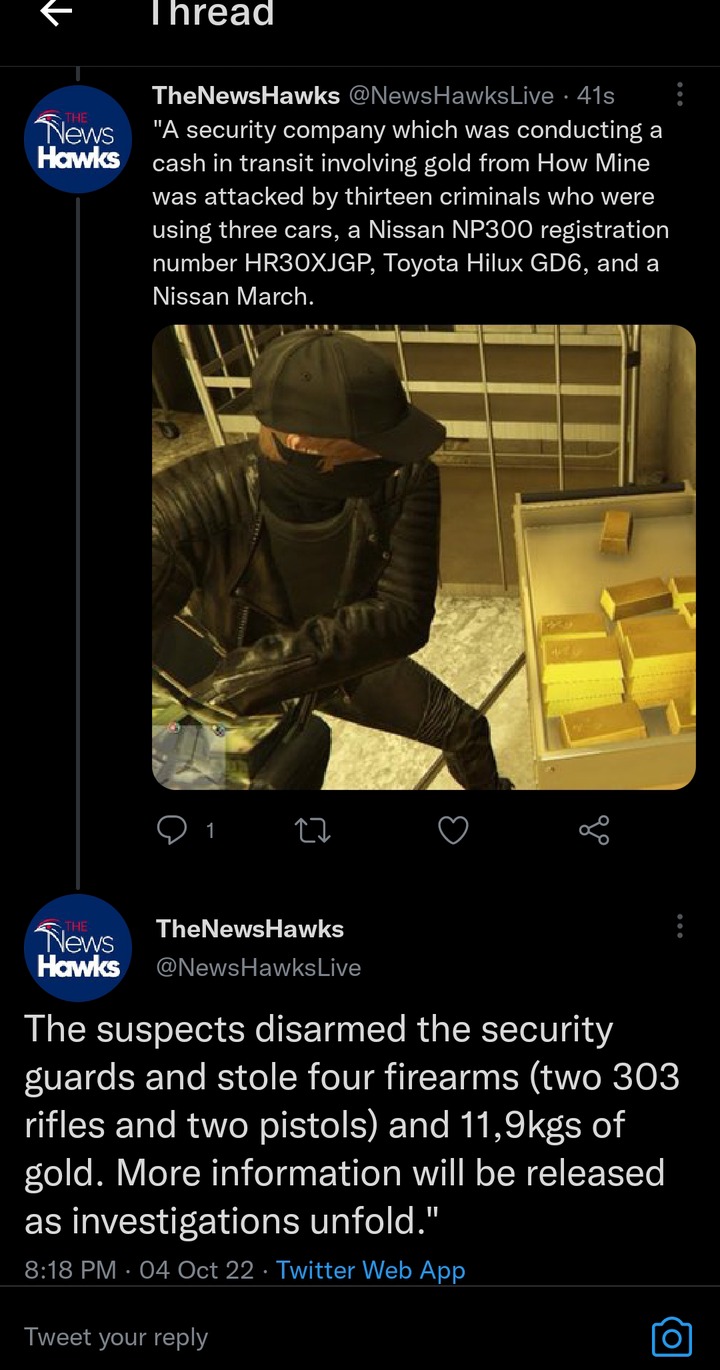 Content created and supplied by: Erapoetblog (via Opera News )

The Missing Boy was found dead in Bishop Car.

2022 Ford Ranger is probably the best bakkie of the year, here is why: OPINION