By WeTalkMedia (self media writer) | 3 months ago

In his opinion, the Russian President and Defense Minister have taken refuge in a vast nuclear bunker east of the Urals that can "house 100,000 people." Professor Valery Solovey believes that this is the case.

According to reports, Russian warlord Vladimir Putin is presently residing in a large underground city that can accommodate up to 100,000 people and is shielded from future nuclear strikes, according to the Russian government. 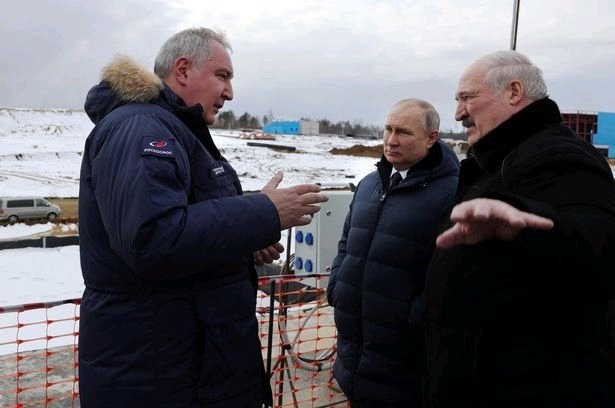 Professor Valery Solovey, 61, also believes that the tyrant will be unable to continue in politics beyond the end of this year due to his deteriorating physical condition.

In an online TV appearance with a Latvian channel, he also claimed that Putin's purported lover, Olympic gymnast Alina Kabaeva, is not in a Swiss hideaway as previously reported, but is instead in a "safe place" in the Russian Federation.

Putin was spotted today at the new Vostochny spaceport, which is six time zones east of Moscow, with his ally, ruthless Belarus tyrant Alexander Lukashenko, at the new spaceport.

Russian President Vladimir Putin Putin's'secret underground city,' it is claimed, can accommodate up to 100,000 people. Putin's movements across Russia are now a closely guarded secret, and while his arrival in Blagoveshchensk, close to the Chinese border, was announced early this morning, his departure and routings were not disclosed.

Earlier in the day, he had traveled to Moscow for a tense meeting with Austrian Chancellor Karl Nehammer.

He has claimed for years that Putin suffers from cancer and other medical ailments, a claim that he has never substantiated with actual evidence. Solovey claims to have high-level Kremlin insider sources.

However, an investigation conducted by independent Project media earlier this month revealed that Putin is accompanied everywhere he goes by a large medical staff, which included oncology doctors. Some of the doctors were identified by name.

Putin and Russian Defense Minister Sergei Shoigu are known to "disappear into bomb bunkers east of the Urals, nuclear bomb shelters," according to Solovey.

"It's where Putin spends the most of his time." Many of them are large enough to accommodate up to 100,000 people, with the most important one serving as Putin's residence."

According to the plan, the facility will host Russian survivors in the case of Armageddon.

Separate claims have identified a location near a huge Gazprom complex in Russia's far north, close to the border with Kazakhstan.

Solovey previously claimed that Putin and his family were hiding in a high-tech bunker in the Altai Mountains, but it is unclear whether his latest allegation is related to the same location.

Vladimir Putin, the president of Russia 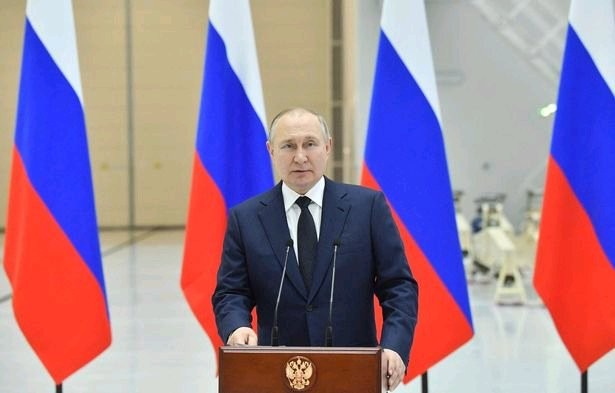 During the Ukrainian conflict, he has only been seen on a few occasions during secure trips.

It can accommodate up to 50,000 people in the building where [General Valery Gerasimov and Shoigu] are currently staying. "It's up to a kilometer deep," he stated emphatically.

Gerasimov is the chief of the general staff of the Russian armed forces, and rumors say that he has gained in influence with Putin as a result of the war, whilst Shoigu's influence has fallen.

As he explained to Vadim Rodionov of the Riga-based Russian language YouTube channel 'I Gryanul Grem,' Vladimir Putin's real health issues began between 2019 and 2020, and these were "truly serious problems" - by which he did not mean thyroid issues, such as thyroid cancer, but rather "serious problems" such as heart disease and stroke.

His question came from the presenter, who said, "Speaking further about these concerns, how much time does Vladimir have?" "Is it a fatal disease, a chronic condition, or something else?"

According to reports, Russian President Vladimir Putin Putin will step down from politics permanently later this year, according to Solovey, who is affiliated with the General SVR channel. "He has numerous of them, there is the complete bouquet of them, and one terminal sickness," Solovey stated.

Earlier this year, he predicted that Putin will be forced to resign from his position as president at some time this year.

It was not his intention to indicate that he would live until the end of his earthly existence. "These are two entirely distinct things," he explained.

"I stated that he would not be involved in politics by the end of 2022, and as far as I am aware, nothing has changed in that regard."

Solovey alleges that Putin has a secret family with Alina Kabaeva, a former gold-medal gymnast who has competed in the Olympics. Rumors have it that she is hiding in an isolated Swiss chalet or a Siberian bunker, among other places.

During the interview, which has been viewed more than one million times, Solovey stated, "I have no reason to believe Alina Kabaeva was hiding in Switzerland."

"Should they be need to travel outside of the country, Switzerland will most certainly not be the destination.... As far as I am aware, they are safe in Russia at the moment..."

The ambassador claimed that if Putin's family is assessed to be in danger in Russia, they might be relocated to a friendly country, which he did not name specifically. 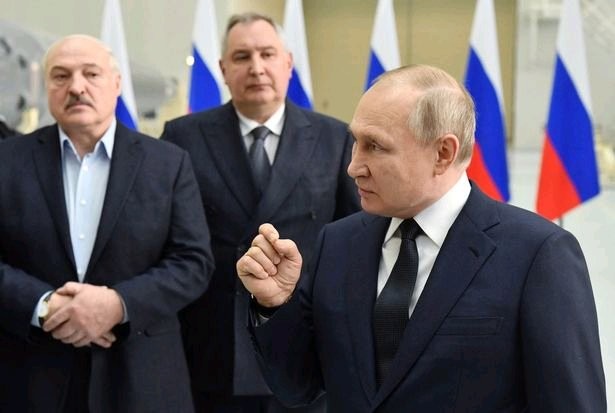 Solovey was detained in February and subjected to a seven-hour interrogation that was allegedly tied to the General SVR Telegram channel, which has published numerous charges regarding Putin's alleged physical and mental state.

Solovoy was a lecturer at the Moscow State Institute of International Relations (MGIMO), which was attended by future diplomats and spies of the highest caliber in the world.

Content created and supplied by: WeTalkMedia (via Opera News )

Zuma memes to cheer you up

"I don't bother anyone, leave me alone" Musa gets a clap back after posting false info

Suspect of hijack was arrested in Bracknhurts

A Nigerian Terrorist Was Arrested In Polokwane, See What He Was Producing In His House