The ally of Cyril spits fire, "The President Is Not Going to Resign."

By BigDangHero (self media writer) | 1 month ago

Some of President Cyril Ramaphosa's supporters have expressed unwavering steadfast support for him, while some of the top officials in the ANC are calling for him to resign following the release of the parliamentary report which implicated him on the allegations of impropriety related to the Phala Phala scandal. Former Chief Justice Sandile Ngcobo has concluded in a report that there is a prima facie case for Ramaphosa to respond, since he may have misused his authority by concealing the inquiry, hiding the unreported amount of money on his farm, etc., raising the possibility of impeachment.

Simphiwe Silwana, a president's friend, has said that they will continue to back the current leader at the much-anticipated national elective conference scheduled for December. 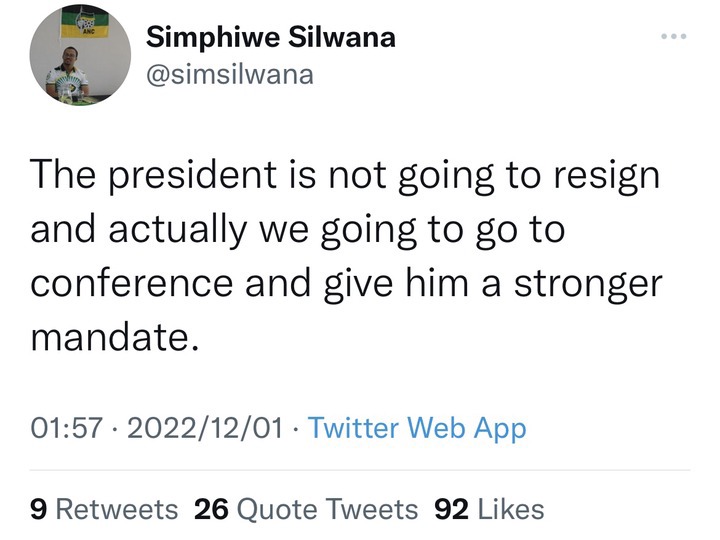 "The president is not going to resign and actually we going to go to conference and give him a greater mandate," Silwana wrote on his verified Twitter account. Some have questioned why, given the stakes for the ANC and, by extension, the country's stability, he seems so insensitive to the issue. 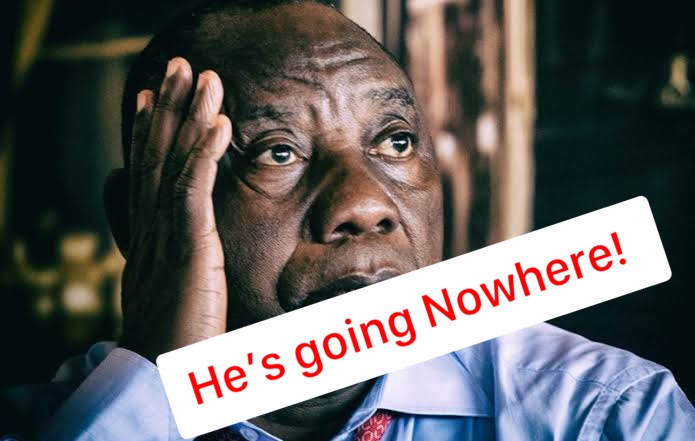 In a fully developed democracy, the president would have resigned in the wake of the Ngcobo panel's damning report long ago. 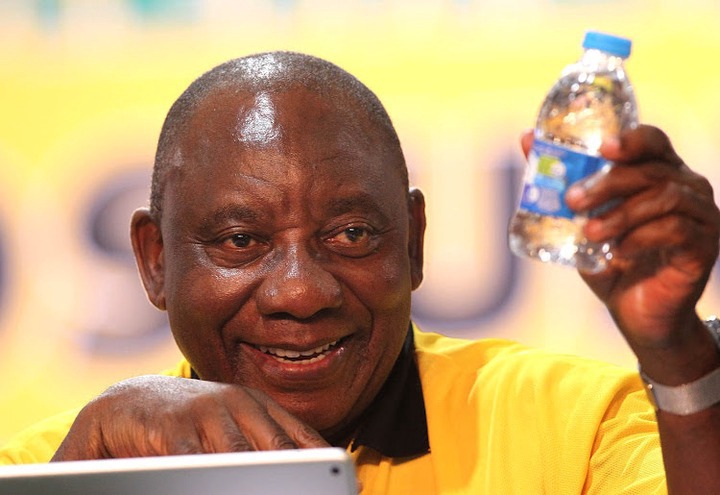 ANC cadres have repeatedly shown over the years that they are unwilling to be held accountable; when confronted with accusations of wrongdoing, they often try to change the subject or adopt a defensive stance. Ramaphosa could very well draw encouragement from the ANC's defense of former President Jacob Zuma after the 2016 Constitutional Court ruling that Zuma had abused his position as head of state in the Nkandla scandal.

Amidst this, the NEC is holding a special meeting today. Recalling the president would significantly change the dynamics of the conference, but at this time it is unclear whether there will be enough support to do so.

Let us know what you think about Silwana's defense of Ramaphosa.

Content created and supplied by: BigDangHero (via Opera News )