Iran, China and Russia links up for military operation to challenge unipolar world

By WeTalkMedia (self media writer) | 1 month ago

IRAN, China, and Russia, together with ten other nations, will participate in combined military operations in Venezuela to send a defiant message to the "unipolar world order."

The so-called VRIC nations have confirmed their participation in the International Army Games in 2022, which are being organized by Russia and have been hosted by a number of countries since the games' debut in 2015. During the exercise, Venezuela will work to strengthen its connections with eastern friends in the midst of growing tensions with western countries, in particular the United States.

According to a report published by The Centre for a Secure Free Society, which is the source of the news: "In the middle of August, Venezuela will host the "Sniper Frontier" competition with the participation of the military forces of at least ten foreign nations, including Russia, Iran, and China."

The competition is described as a "strategic manoeuvre that tries to preposition forward-deployed military forces in Latin America and the Caribbean," as stated in the study.

"The states that make up the VRIC (Venezuela, Russia, Iran, and China) are getting ready to make a loud signal that the area is prepared to accept the multipolar force,"

The United States of America has placed a series of penalties on each of the four members of the VRIC community, which has caused the members to band together in order to fight the pressure coming from Washington. 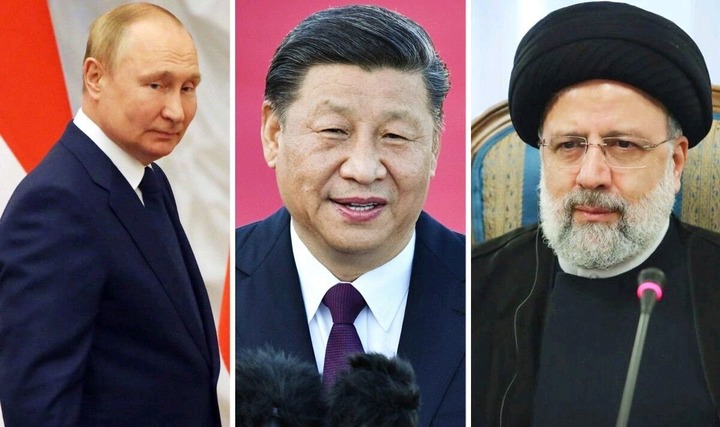 In recent years, Russia, China, and Iran have developed stronger connections with one another (Image: Getty) 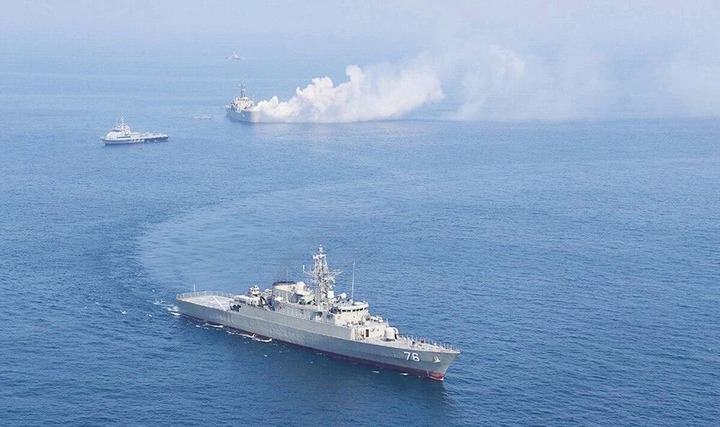 The three teams will participate in the International Army Games alongside Venezuela and eleven other countries. (Image courtesy of Getty)

In recent years, Iran, China, and Russia have performed a total of three distinct combined military drills in the Persian Gulf and the Indian Ocean. These drills demonstrate an increased level of cooperation between the three countries.

Vladimir Putin, the President of Russia, made the following statement in reference to the urgent need to challenge the hegemonic predominance of the United States: "A year and a half ago, while speaking at the Davos forum, I once again emphasized that the era of the unipolar world order is over.... despite all of the attempts to save it, to preserve it by any means possible.

After their victory in the Cold War, the United States of America declared themselves to be God's own ambassadors on earth, individuals who have no obligations but just interests.

It would appear that they are oblivious to the fact that new power centers have emerged and are continuously amplifying their influence. 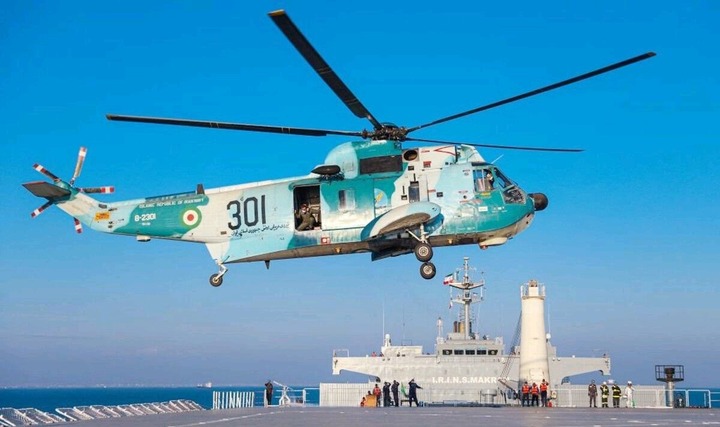 Additionally, Iran, China, and Russia have each carried out three military exercises in the Indian Ocean and the Persian Gulf. (Image courtesy of Getty) 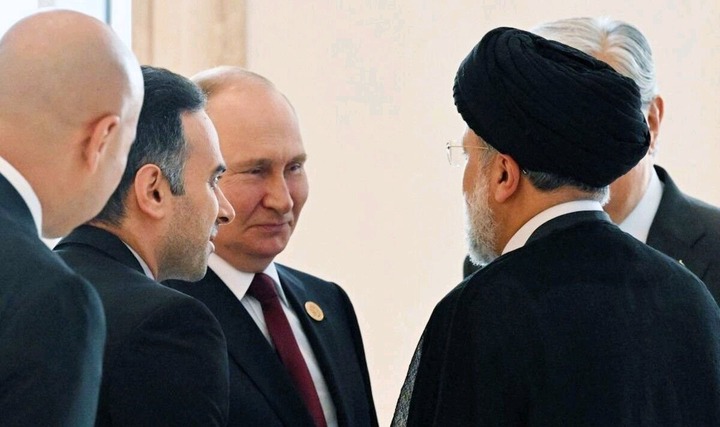 During the most recent conference held in the Caspian Sea, the President of Iran met with Vladimir Putin (Image: Getty)

Iran, for its part, has worked to enhance its connections with countries throughout the world.

A recent agreement with China called for China to invest $600 billion (£502 billion) into Iran over the course of 25 years in exchange for a 33 percent subsidy on Iranian oil sales over the life of the agreement.

Significant contributions to infrastructure, including ports, roads, rail networks, and airports, will be made as part of the investment plan and will be included in the plan.

In addition, Tehran and Beijing will work to strengthen their military connections, something that has already been evidenced by the numerous joint drills and exercises that have taken place.

Iran has also strengthened its connections with Venezuela by signing a long-term pact with Caracas during Venezuelan President Nicolas Maduro's recent visit to Iran. This visit was part of Iran's efforts to build on existing relationships. 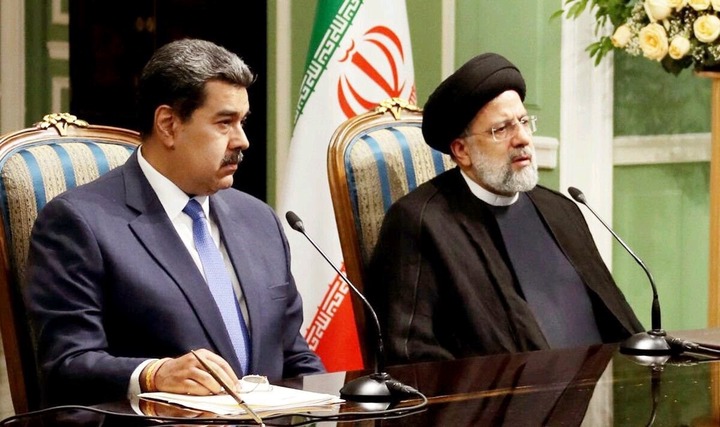 During a recent meeting between the two countries, Iran and Venezuela have grown closer to one another (Image: Getty)

The partnership agreement calls for collaboration in a number of different industries, including agriculture, oil and gas, petrochemicals, tourism, and culture, as well as research and technology.

When asked about the agreement, the President of Iran, Ebrahim Raeisi, made the following statement: "The Islamic Republic of Iran has always sought relations with independent countries in its foreign policy, and Venezuela has resisted the sanctions of the enemies and imperialism and has shown exemplary resistance."

Iran and Venezuela have a significant interest in hydrocarbons, with Venezuela boasting the greatest proven oil reserves on the planet and holding more than 18 percent of the world's total oil reserves. Hydrocarbons are an important factor in both countries' economies.

Iran is currently the fourth largest oil producer in the world, accounting for around 10 percent of total production.

You can share your thoughts with us on this article by scrolling down to the comments area below. 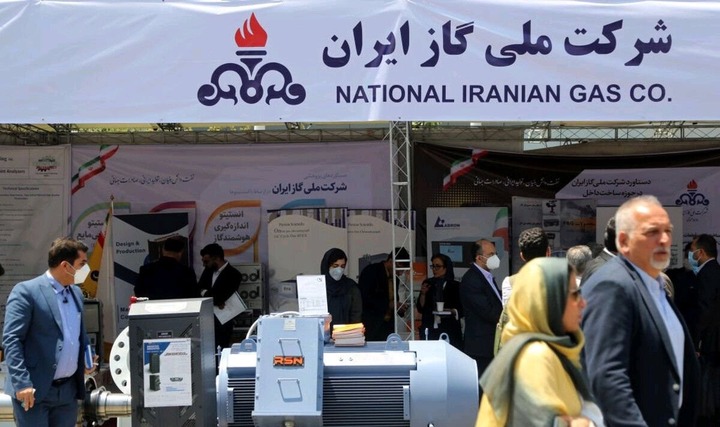 In view of the current energy crisis, Iran has expressed a willingness to ship gas to Europe. (Image courtesy of Getty)

Iran's proven gas reserves are the second biggest in the world, behind only those of Russia, making this resource another important asset for the country.

In light of the ongoing energy crisis in Europe, both Iran and Qatar have offered to supply the continent; but, given the current state of Europe's infrastructure and the difficulties that exist in terms of logistics, the offers are tough to take advantage of.

Content created and supplied by: WeTalkMedia (via Opera News )

Meet this beautiful South African business woman, who is thriving and making millions

Motsoaledi Remains Resilient On His War Against Illegal Foreigners, Check Out What He Is About To Do

“Police should shoot to kill” See what foreigners were spotted gathering & doing in JHB CBD. Video

Men, These Are 3 Things Your Woman Want At Night Before Sleeping But Can Never Tell You

Mogoeng-Mogoeng to contest for Presidency of South Africa. See why.

Another tavern killing this time at Ga-Moloko Tavern in Moletji Chebeng. A man was stabbed to death.