People Want IsencaneLengane Back After Noticing This From Gogo Skhotheni, See Here

By MrFunNews (self media writer) | 1 month ago 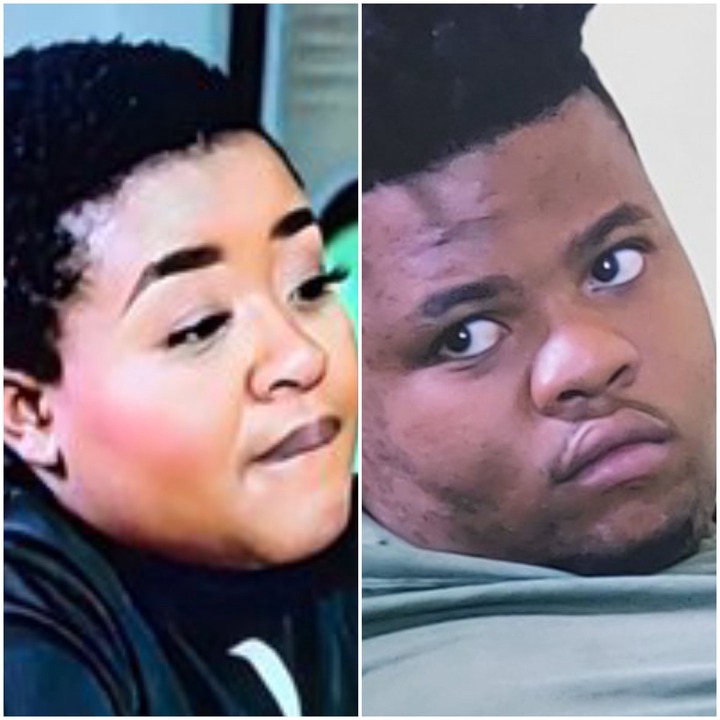 After watching some of their favourite reality shows, people always take to social media to discuss what they think and as you know, Gogo Skhotheni has had six episodes so far.

And one would think that there would be different reactions about the show, but nothing has really changed since the first episode.

There is some sort of a storyline that had people mention that it is like they are watching a scripted show. 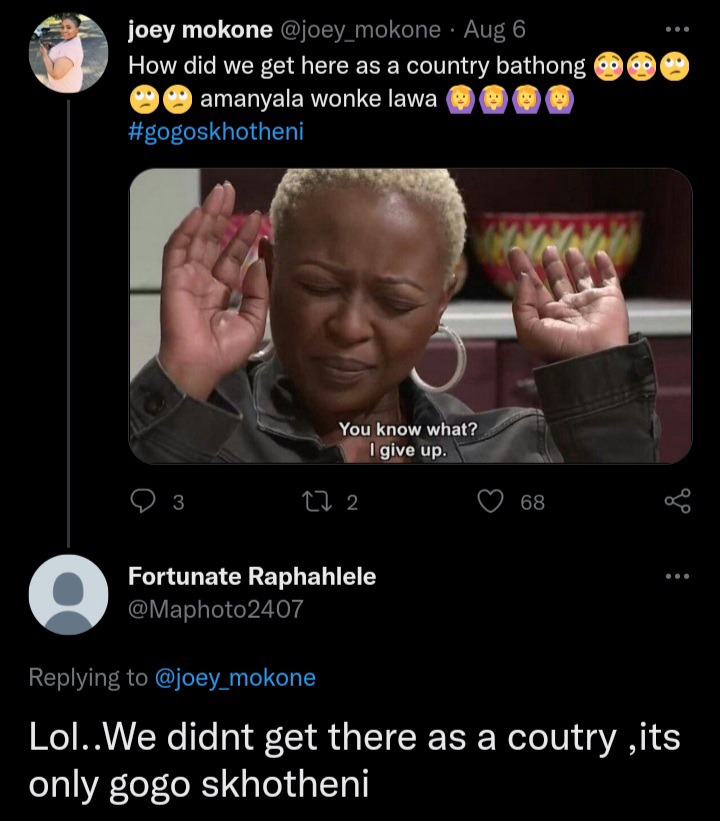 Unfortunately, this happens after every episode and at this point, it seems like the show might end up getting axed because the viewers are not really happy about it.

The focus has been on the issue regarding Tumi taking another husband and there has not been that much progress from that.

On the latest episode, Tumi had a meeting with her husband, Monde and boyfriend, Sbusiso, the two men were told that they would be brother husbands. 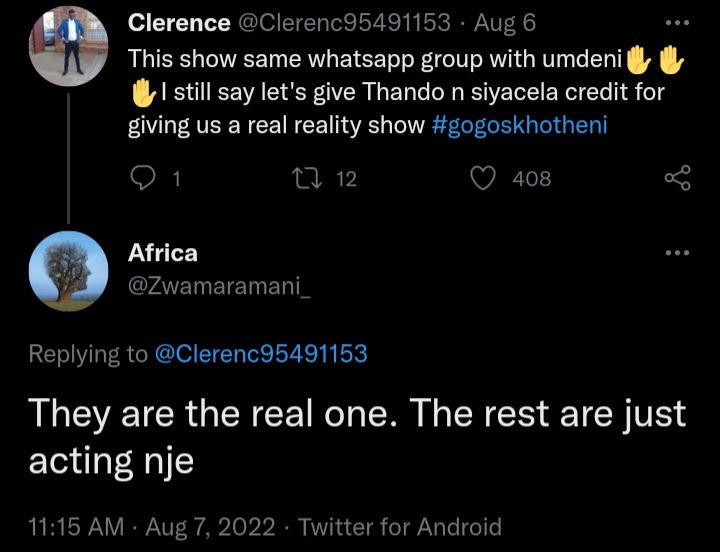 In that situation, Tumi is the one who is going to be the head of the family and surprisingly, people still do not get the reasoning behind the decision.

The only thing that Tumi mentioned is that, she is doing this because this is what her male ancestor wants from her, so she has to have two husbands just so she can please the ancestor. 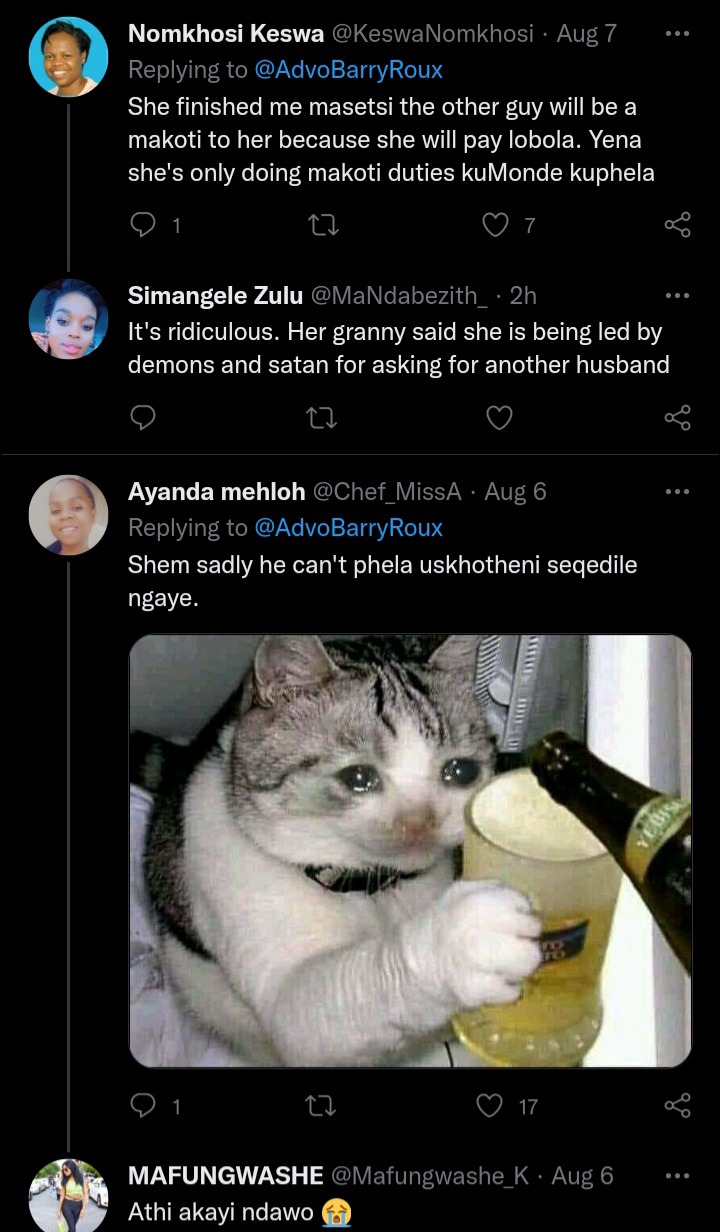 As it is, there were talks about lobola, Tumi wants to pay lobola for her boyfriend and what was shocking to some people is that, after the boyfriend gets married to Tumi, he will do house chores and this basically means that he will act as a Makoti.

The boyfriend will do what a bride does after marriage and this led to some discussions on social media, people, mostly men mentioned how the whole thing is just so wrong. 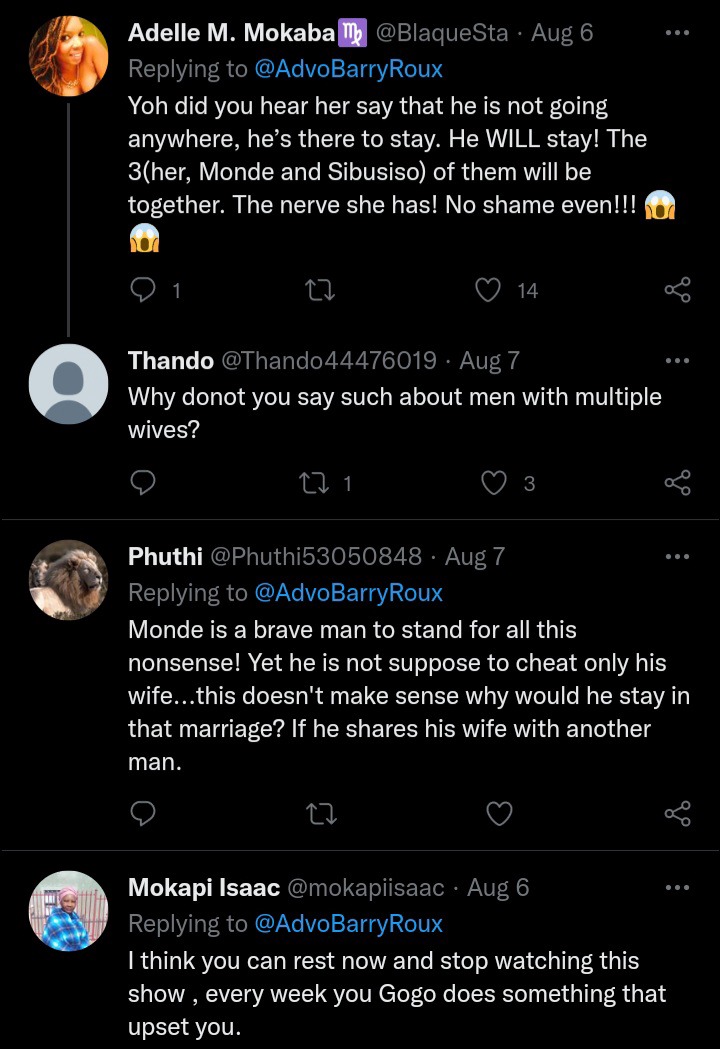 A lot of people just could not understand why the two men would even tolerate the idea of this because this is something that is not accepted in South Africa.

But, this was not just about that, people mentioned that the show is not that interesting and they would prefer it if Isencane Lengane would return because that is what a reality show is. 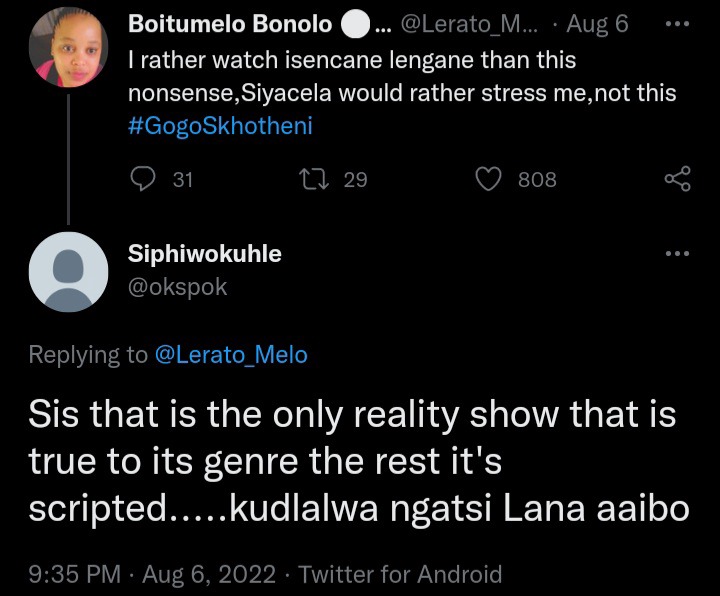 People mentioned that they hate Siyacela, but there has never been a time when they felt like he was playing a script, they mentioned that he is as real as they come.

And this is what people appreciate, they appreciate people who are going to portray their lives as they are.

Content created and supplied by: MrFunNews (via Opera News )

Justice served || A man who reportedly raped his lover's daughter was sentenced to 22 years in jail.

New Challenge|| Men would you participate in this challenge?

Did Mbalenhle Mavimbela already give birth? No baby bump in New pictures

She Refused To Do This, And Her Boyfriend Stabbed Her To Death As Punishment. SEE WHAT CAUSED IT.

While on Election Campaign, This is What Ramaphosa Was Spotted Doing in Northern Cape

RIP: She Was Allegedly Murdered By Being Beaten With Hot Plate Stove By Her Partner

Check Pictures Of Muvhango Actress/Actors & Their Partners. No.3 Will Surprised You