Frank Lampard will hope to get the chance to bolster his Chelsea squad this summer transfer window and it’s now revealed that Aston Villa star Matt Targett could be an option.

Chelsea are said to be looking for a new left-back in the summer with neither Emerson Palmieri nor Marcos Alonso doing enough this season to convince Frank that they should be first choice moving forward.

After their transfer ban the previous summer and their inactivity in January, the Chelsea manager will surely be hoping to get the chance to stamp his mark on the roster ahead of next season through bringing in players who suit his style of play and ideas.

The 24-year-old star has made 24 appearances and has chipped in with two goals and two assists.

With his side struggling to avoid relegation as things stand though, the club could face the threat of losing some of their ket men this summer if they head back to the EFL Championship and perhaps for less than their true value.

They will no doubt hope to keep hold of Matt having only signed him last year, but time will tell if Targett moves up the pecking order on Chelsea’s shortlist as he is young, homegrown and has PL experience under his belt which surely ticks a lot of the important boxes for Lampard. 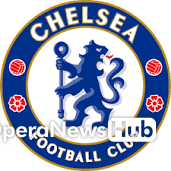 Frank Lampard Could Generate £80 Million, From The Sale Of These 3 Players

Top 10 Players Chelsea should not have sold

How Kante, Abraham And Other Chelsea Players Will Look If They Were Female

5 Players who retired at Chelsea

The 10 Worst Signings of the Roman Abramovich era at Chelsea