10 things you must tell your teenage girl

The teenage years can be a constant battle. Some authors reveal the essential information you should give your daughter to help you both survive. 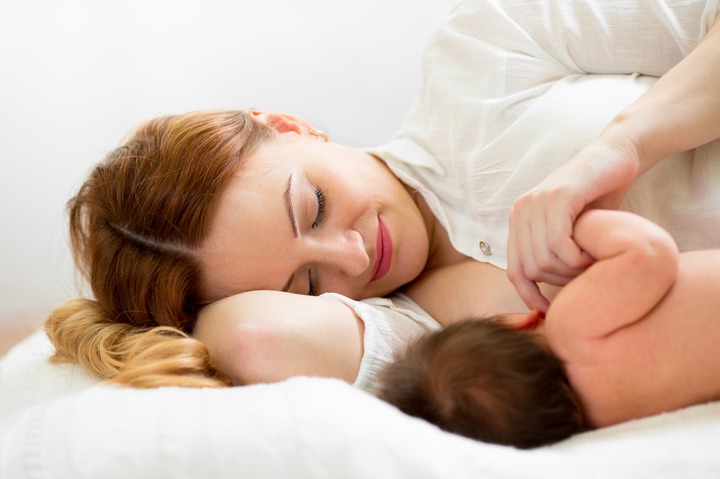 1. The truth about spots

Tell your daughter that spots or blackheads are not caused by these things: greasy food; not exfoliating; not washing enough or properly; not drinking enough water; germs on the skin; chocolate; bad karma.

Spots and blackheads are caused by blockages caused by sebum, which you often have much more of when you're a teenager, because of certain hormone misbehaviour. Sebum blocks the pores from underneath, and then bacteria or inflammation causes the spot.

Good spot creams take a few weeks to work because they stop new ones from forming, so she has to be patient. She should ask her doctor or pharmacist about which ones might work for her.

Don't say to your daughter: "you're getting fat", "that's a worry, you've gone up a size", or "you can't fit into that uniform any more". She is supposed to be growing and going up sizes in her teenage years - her skeleton doubles in size during these years, for a start.

Always say clothes are too small - don't make it seem that she is too big. Frame any comment about bodies in terms of health and what she can do with her body (run, play sport, dance, walk up stairs without puffing.) Tell her sizes are all mixed up depending on the brand. If you're a woman, explain that in your wardrobe you have different label sizes on your clothes but they all fit you.

Talk with your girl about things she can say when somebody comments on her body shape and size, or is mean and insulting to her. Responses could include: "Go away, you're boring me"; "I'm the right shape for me"; "Mind your own body image"; "Oh, get a grip"; "Who made you the Body Police?"; "Don't worry about me changing my size - can you change your attitude?"

Bullies, and even siblings and other relatives, will often use mean words like "fat" or draw attention to new breasts and other changes. Girls who filled in the survey for my book, Girl Stuff, told me they could remember, even years later, the comment that set them on the road to an eating disorder.

3. Alcohol should be taken seriously

New research shows that girls who are given alcohol before the age of 18 by their parents are more likely to develop a drinking problem. Explain to her that alcohol has a stronger effect on the teenage brain because her brain is still forming properly. This doesn't make her more "stupid" than adults (after all, many grown-ups with "finished" brains make bad decisions); it just means she needs to be smarter than the people who don't realise that their binge drinking could lead to embarrassment and, in severe cases, brain damage.

So many girls told me (even though I didn't even ask this question) that they regretted their first sexual experience because it happened when they were drunk and out of control, and instead of being a moving experience they chose to have, it was a horrible experience that they can't even remember properly. If you possibly can, make sure you pick up your daughter from parties and other events so you can assess her state. Lots of girls sleep at their friends' place where the supervision may not be the same as at home.

If you're in a family that is separating, it can be a turbulent time in which a teenager's questions and feelings are accidentally overlooked. I consulted a few experts about the ways families can keep up communication, and there are also some useful websites. Teens can try sites such as divorceaid.co.uk (click on teens) and itsnotyourfault.org. Parents can get help from caffcass.gov.uk (the Children and Family Court Advisory Support Service).

Have a talk with your daughter that allows the possibility that she has gone further than she wanted to in terms of sexual experience. Reassure her that she can always "go backwards". There are lots of things she can do and say to make herself feel better about this. Make her understand that she still gets to say no to everything she wants to even though she may have said yes in the past, or have been pressured into something.

Be aware that if your teenager is going out with an older partner, the older he is, the more likely he will want sex, expect sex, and even have picked up a sexually transmitted infection. Obviously you don't want to paint him as a sex-crazed predator, as this may make her more protective of him. Some parents will immediately forbid contact, while others will urge the use of condoms.

6. There's nothing wrong with body hair

Even though your daughter will hear a lot about needing to take off all her body hair (in magazines, on websites and from friends), you can help counter this. Explain that it's partly because companies that sell hair removal products spend millions of pounds on advertisements and influence magazine and website editors to say it's a good idea. One product in the USA is aimed at 10- to 13-year-olds.

You can let her know that even though people talk about it, only a minority of girls and women remove all their pubic hair. Some of the possible problems she can expect to get if she does remove her pubic hair include: pain from waxing; cuts from shaving; sore rashes and other skin conditions; uncomfortable itching as it grows back; ingrown hairs; spending too much money as she can't really do it herself in such an awkward place; the embarrassment of a stranger looking at her private parts up close; and a weird bald look that makes her seem like a little girl.

7. Helping others will help you

One of the great things about girls is they're often keen to do charity or other community work. See if there's an organisation that you can join together, or one that she can be involved in with her friends. This could be environmental or political, or something to work towards as a gap year later on. It's a cliché but it's true: busy people are less likely to get into trouble. It also means there's something you can praise her for, which she will really appreciate.

Make sure your daughter knows that you understand the occasional necessity for a Plan B, C, or even further down the alphabet. If she doesn't pass the exam, or doesn't make the team, help her with back-up ideas that makes life seem like a series of choices rather than just a matter of "making it" or "failing". Tell her life is all about choices and changes.

9. There are smart ways to stay safe

When you talk to her about safety - on the computer, on the street, on public transport or out and about at parties or clubs - frame it in a way that praises her for being smart enough to outwit potential dangers and problems. Don't just give her a set of rules. Role play will help her know what to say or do in real situations.

Sometimes girls will put themselves in danger rather than risk embarrassment - offer to be the "bad guy", and have a code. For example, if she rings you while with a group of friends and says don't be mad, she'll feed the cat when she gets home, it secretly means she needs you to come and get her straight away. You can be the "mean parent" who insists it was your idea, and she gets to save face.

Talk to her about the tricks that advertisers and shops use to pretend she's getting a bargain or must have an "essential item". When she's old enough, show her the household budget so she knows how much it can cost for food, rent and so on. She'll understand why you keep banging on about budgeting.

I tested my girlfriend of 3 years to know how faithful she is, then this happens.

4 Proven Tricks To Make A Girl Chase You

If Every Girl You Approach Says No, Read This

9 Ways to make a Man fall in love with you