Ruto is a Nuclear Bomb Invented by the Moi Family, Assembled by the Odingas, Launched By the Kenyattas: Netizen 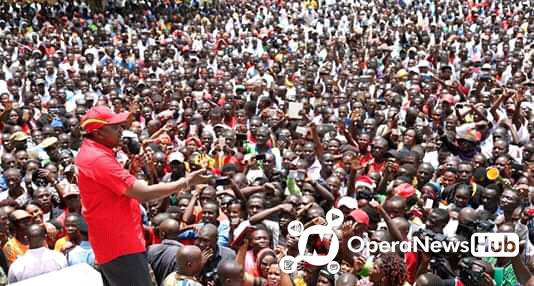 As 2022 general elections nears, most senoir politicians in Kenya have started early preparations for campaigns in a bid to outdo their competitors come 2022.

It is expected that the much anticipated race to the topmost seat will be a two horse race between former prime minister Raila Odinga and Deputy President Dr.William Samoei Ruto.

DP Ruto has however become a threat to what many term as dynasty rule between Moi's, Odinga's and Kenyatta's families. His long time political friend president Uhuru Kenyatta commitment to supporting him come 2022 ia now questionable as the head of state has kept kept silent on who he will support come 2022. 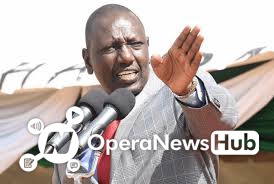 The DP has however managed to come out strong despite rebellion from pro-handshake and Kieleweke team supporting the handshake between Raila and Uhuru Kenyatta.

A Kenyan netizen has now compared him to a nuclear bomb without a remote out to end dynasty rule in Kenya. According to the netizen, the bomb was invented by Moi's family,assembled by Odinga families and launched by Kenyatta's family, all of whom did not consider designing a remote to control it

"Ruto is nuclear bomb that was invented by Moi's family in 1991,Assembled by Odinga's in 2007 and launched by the Kenyatta family in 2013. This bomb is unstoppable since it's already in the sky and the Dynasty did not think about the remote to control it,"the netizen noted. 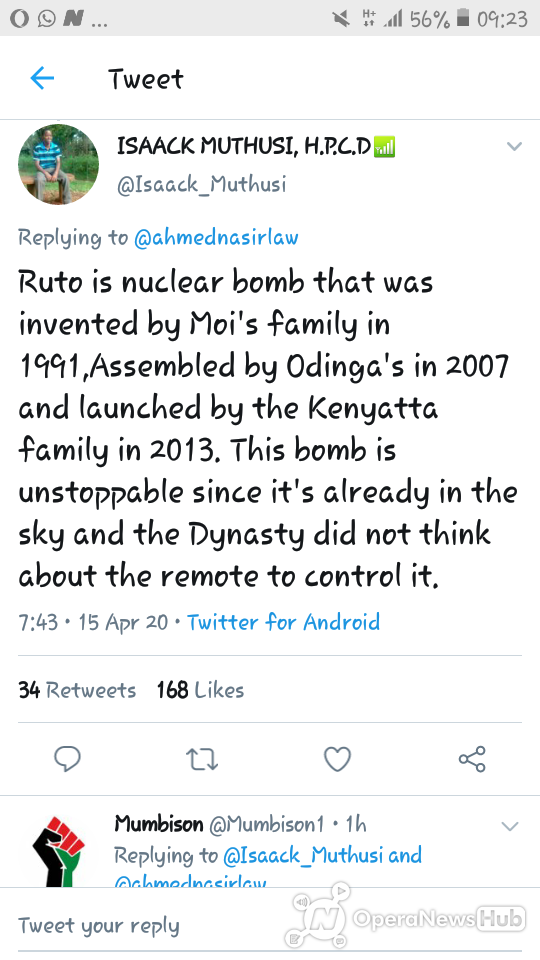 "Ruto is not with the President. You have not seen him during this fight against the coronavirus pandemic. He is only focused on his ambition for presidency in 2022. So we want to give him time to campaign as we focus on delivering our mandate to Kenyans,” Murathe, The Standard

Things you do not know about kenya

Why Musalia Mudavadi Cannot Go For Anything Short Of Presidency, Declares Party Chair

The history of Kenya

The day Pope Francis kissed the feet of South Sudan politicians for peace to reign.

These Memes Will Make You Laughing A 'Machine'