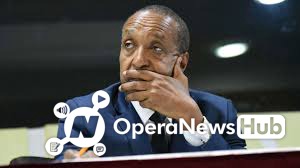 The Kenyan Permanent Secretary for foreign affairs Mr. Kamau Macharia found himself on the receiving end after the press conference he did about the Kenyan nationals who are in bad conditions in foreign countries in the wake of covid19 pandemic.

This is after releasing a statement that seemed to be in favor of the heinous act by the Chinese government on African nationals in China. Ambassador Macharia in his statement stated that whatever the Chinese authorities did to Kenyans living in China was done as measures aimed at curbing the resurgence of the covid19. 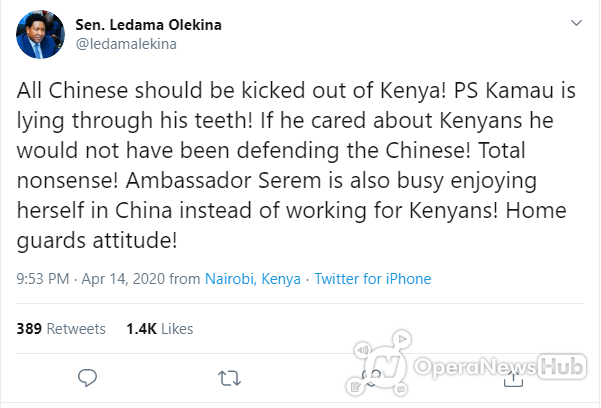 Well, many Kenyans have now taken issue with Macharia claiming that he did not act in the best interest of Kenyans. Many who took their social media platforms even mocked the ambassador by saying that he behaved more like a Chinese minister and not a Kenyan leader.

The seemingly naive response by the PS got the attention of Senator Lekina Oledama who vented his anger on his twitter handle by accusing both PS Macharia and ambassador Serem for failing to defend Kenyans who are currently being evicted from their houses under the guise of curbing covid19.

“PS Kamau is lying through his teeth! If he cared about Kenyans he would not have been defending the Chinese! Total nonsense,” read the tweet in part.

In what is now seemingly becoming the attitude of the Kenyan government, there has always been laxity when it comes to defending the Kenyan citizens by the Kenyan diplomats. The big question however remains; does Kenya have its foreign policies? Does Kenya value the lives of its people? 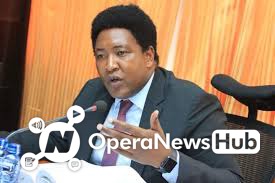 One may wonder why Kenya has always been using the appeasement policy when it comes to dealing with the Chinese issues. Lest we forget the Kenyan hotel maid who was canned by a Chinese man in Nairobi and no serious action was taken?

Here is why the wealthy Chinese are fleeing China

6 Governors in Kenya That Will be Rich Forever

Chinese president Vs Us president: Who has the best official car? (see photos)

Do Chinese people consider Korea as part of China?

Where did Kenyans go wrong