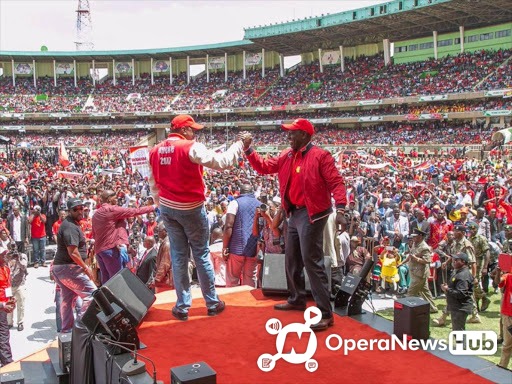 Through a statement by the secretary general Raphael Tuju, the party revealed that the changes were necessitated by the departure of some if its officials in the last one year.

Tuju further blasted the DP Ruto's camp for taking to social media to peddle lies while the communication from the registrar of Political Parties Anne Nderitu was yet to be availed.

"The only matter of concern is that the social media was supposedly chosen by some leaders to air their grievances while they do have at their disposal other internal channels of communication. We say supposedly because what we have seen in the social media may have some false or parody accounts of such high ranking individuals," part of the statement reads.

Tuju further said that the said individuals were on record of having always advised that internal party matters should strictly be settled using the party internal dispute mechanisms.

"We have always tried our best to steady the ship and even in this instance we ask our members and supporters to remain calm and that we expect those of us who are serving based on transitional clauses in our constitution and were not elected into those positions in the first place to conduct themselves with decorum," he added.

The SG further said that the additions had been made long before the coronavirus pandemic and was filed by the party last month to comply with March 31st deadline as required by the law in terms of changes of office bearers.

"It is unfortunate that the altercations about these matters are coming at a time when the leadership of this country should be focused on the one most important thing. That is the war against the COVID--19," he said.

"Kenya is bigger than the Jubilee party and the biggest challenged to Kenya today is the coronavirus."

Below is the full statement: 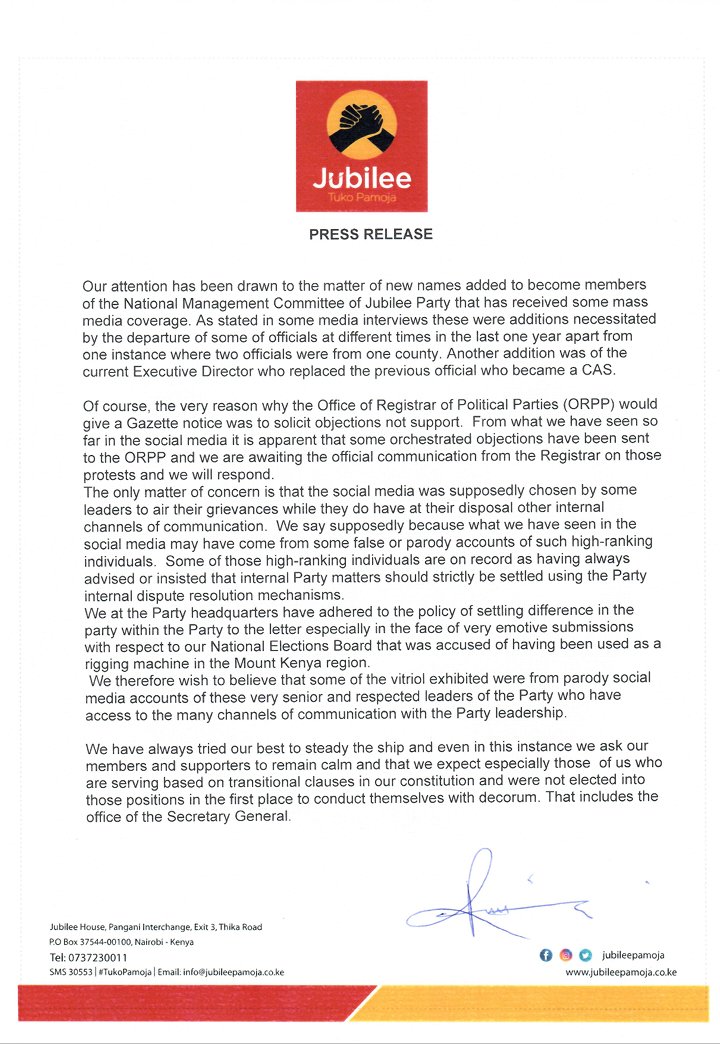 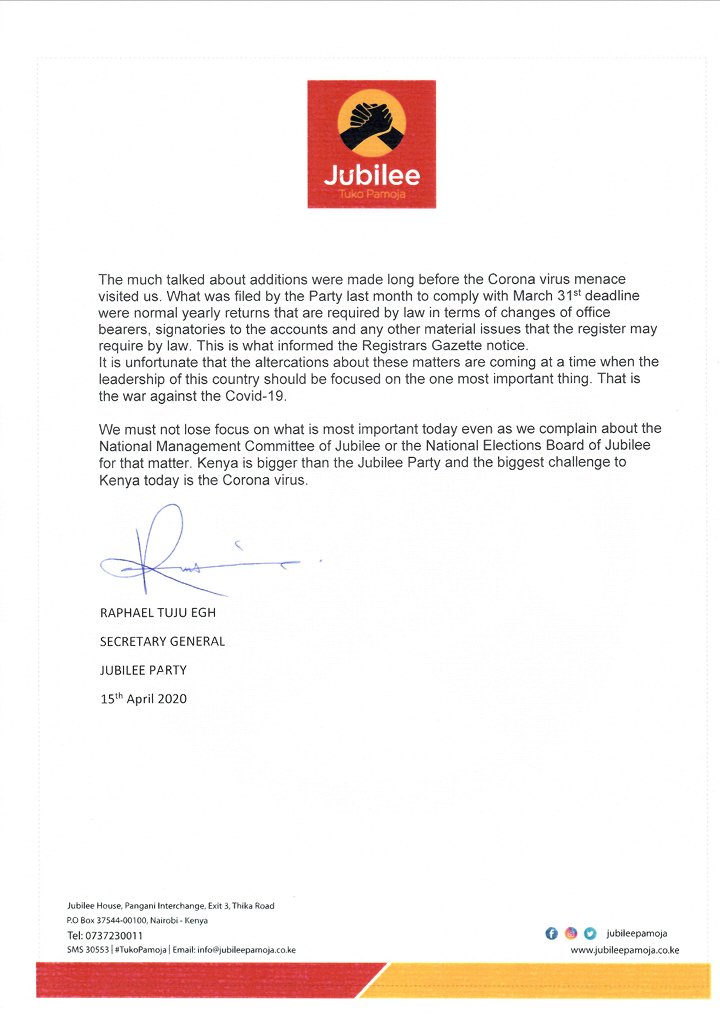 Creating a sustainable and accountable democratic system in Nigeria -Part 4

Opinion: Do Moles Exist In All Nigeria Political Parties?

Ruto's Last Man Set for a Downfall as Murathe Spills The Beans, Explains Why it is Necessary to Remove The MP