Meet Damilola: Actress Who Said She Has Made Provision For Food to be Delivered To Single Mothers 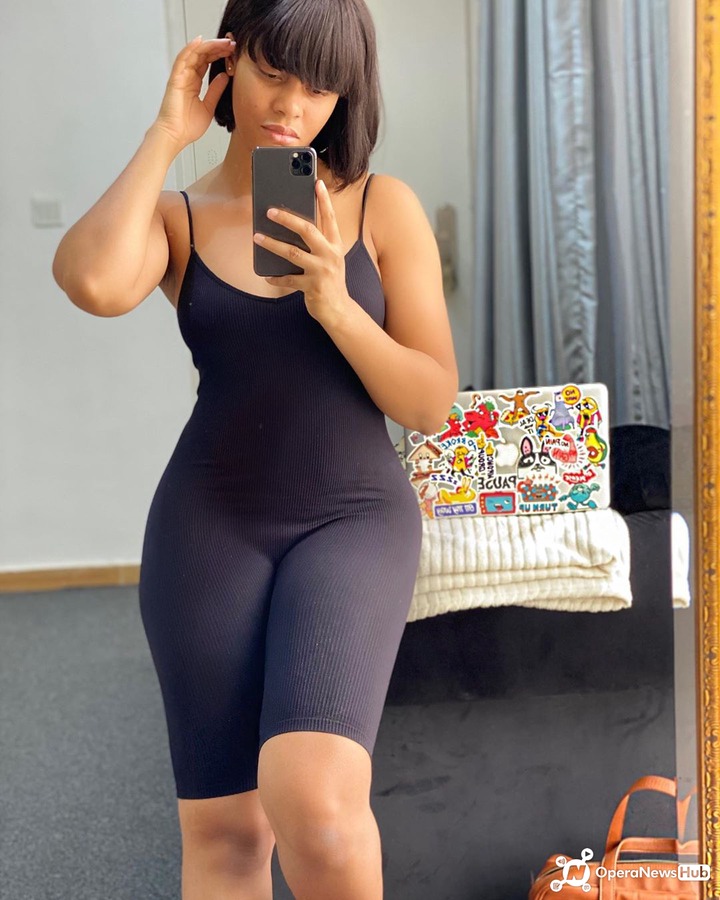 She played Thelema Duke in the soap opera Tinsel,and Kemi Williams in the movie Flower Girl .

She won Best Actress in a TV Series at the 2011 Nigeria Entertainment Awards . 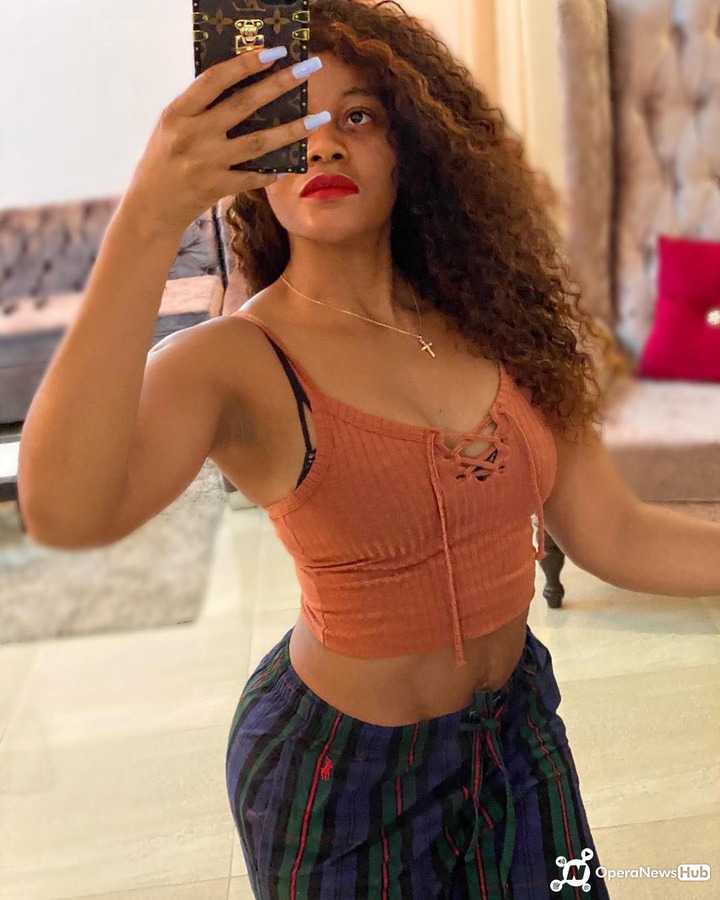 In August 2014, Adegbite got engaged to Chris Attoh, a fellow actor she met on set of the soap opera Tinsel .

In September 2014, the couple welcomed their son Brian.

Adegbite and Attoh married privately in Accra, Ghana on 14 February 2015. 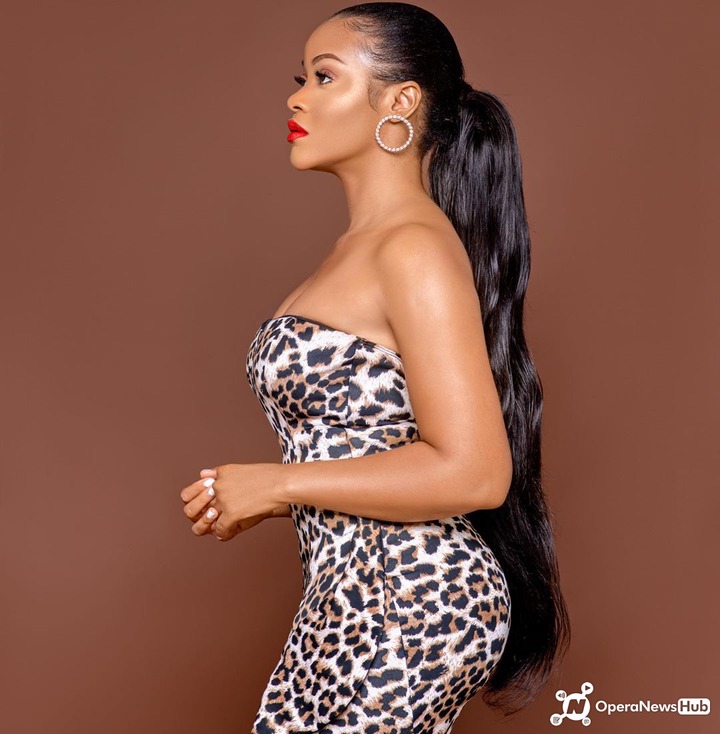 In September 2017, news broke that Adegbite's marriage to husband Chris Attoh had crashed.

Adegbite had sparked split rumours after she deleted Chris Attoh's surname from her social-media accounts .

Hours later, in an interview, Chris Attoh confirmed his marriage to Damilola Adegbite was over .

Actress and single mother,8 hours ago posted on her Instagram that food will be delivered to single mom and that she has made provisions for them.

She said she has made arrangement with an online grocery store to supply food to Single mother according to what she has in her pocket.

See the full text below and a screenshot of her statement;

I know these are hard times for some of you ❤️ If you desperately (emphasis on “desperately”) need some food at home, please leave a comment in the comment section (not a DM my darlings) I have made arrangements with an online grocery delivery service. They will be delivering food items to your doorsteps. I don’t have enough to make sure all of you get something, but I’ll do as much as I can. Please keep checking your phone for a direct message from me 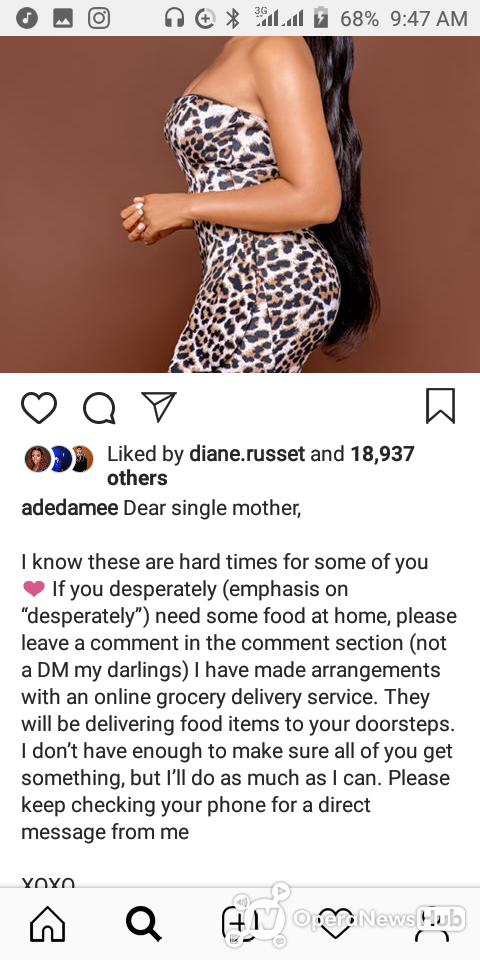 God bless her for doing that.

Between Ghollywood and Nollywood, which industry has more beautiful actresses?

See Between Majid Michel And Frank Artus Who Is More Handsome.